Asthma is an inflammatory disorder of the airways, which causes attacks of wheezing, shortness of breath, chest tightness, and coughing. Pediatric asthma refers to asthma in children. Following are some of symptoms, triggers and treatment of asthma in children. 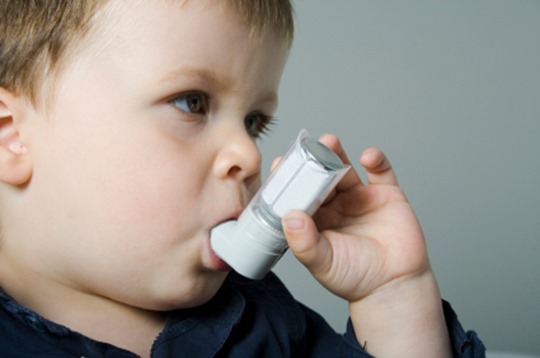 Symptoms Of Asthma In Children

Note: A persistent night time cough is one co0mmon sign of asthma, even in children without other symptoms.

You must take your child to hospital quickly if following emergency symptoms shown up:

Children airways are narrower than those of adults. This means that triggers that may cause only a slight problem in an adult can create a more serious problems in children. In children, an asthma attack can appear suddenly with severe symptoms. It is important that asthma be diagnosed and treated correctly. Some children may need to take medicines every day to prevent attacks, even when they do not have symptoms.

Treatment Of Asthma In Children

You and your child’s pediatrician should work together as a team to create and carry out an asthma action plan. This plan should outline how to:

There are two basic kinds of medication for the treatment of asthma:

Quick relief or rescue, medications are used to relieve symptoms during an attack. These include:

Prevention Of Asthma In Children

There is no fool proof method to prevent asthma attacks. The best way is to reduce number of attacks is to eliminate triggers especially cigarette smoke.