How To Make Your Home Environment Healthy

Is your home a health hazard?? Think your house is pollution free?? here we uncover the hidden risks lurking in your air, cupboards and appliances. 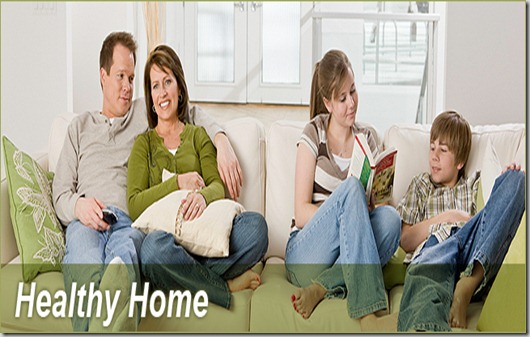 Using air fresheners regularly doubles your risk of developing breast cancer compared to never using them, shows a recent US study of over 1500 women. Solid slow release air fresheners involved the greatest increase in breast cancer risk. The silent spring institute researches say some lab tests have shown chemicals contained in some of these products may be carcinogenic, although no direct links have been proven. Many air fresheners also contain phthalates- hormone disrupting chemicals potentially dangerous to children.

Open windows daily and clean carpets and rugs regularly. A bowl of baking soda is good deodorizer or buy an air purifier.

Get more fresh air prevent the build-up of moisture by opening windows daily. Instead of an air freshener, spritz the air with a pump spray containing few drops of essential oil in water.

Choose carpets and rugs made with organic natural fibers, such as wool, jute, coir or cotton and check they have not been treated with harsh chemicals, such as flame-retardants. Or go for wood flooring from a sustainable source. 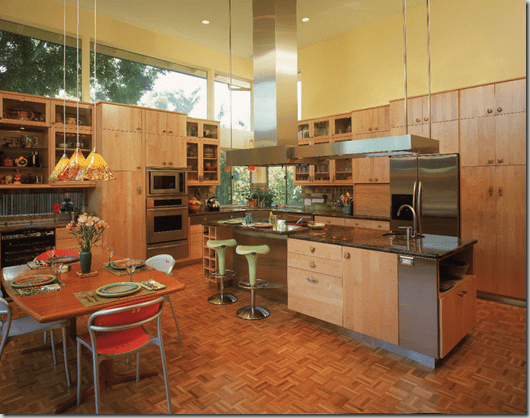 Studies show an old, dirty, damp dishcloth could harbor more potentially harmful micro-organism than the inside of your toilet. The kitchen towels you use to wipe dishes could also harbor dangerous levels of bacteria. A recent study by the Hygiene Council showed 20% of tea towels harbored a significant amount of germs and 35% of fridges were breeding grounds for high levels of bacteria, 15% were heavily contaminated with nasties such as Staphylococcus aureus, which can cause food poisoning.

Wash tea towels and cleaning clothes at temperatures higher than 60 c, lower wont be hot enough to kill harmful germs. Use separate clothes for cleaning floors and food preparation surfaces. When cleaning pay attention to door handles, light switches, kettles, inside the fridge and the seals around appliances.

To kill harmful bacteria, wash dishcloths with hot water and detergent after each use or immerse in boiling water for 2 minutes then wiring out and air dry.

Indoor air is commonly two to five times more polluted than outdoor air, even in cities. Headaches, irritated eyes, nose and throat, dizziness and fatigue are milder symptoms experienced in polluted homes. If you have gas, your home will contain higher levels of the potentially dangerous combustion byproducts carbon monoxide and nitrogen dioxide than those with electric appliances. Nitrogen dioxide exposure increases the risk of infectious respiratory disorders. Adding to the mix are volatile organic compounds neurotoxins shown to damage the central nervous system, slowly given off by vinyl flooring. Synthetic furnishing, solvents and new appliances such as TVs. Microscopic dust mites and mould spores contribute to poor air quality.

Open windows as much as possible and install ventilation. House plants, such as rubber plants and peace lilies, can help by removing toxic chemicals from the air. Vacuum floors regularly to reduce levels of breathable particles, dust mites and allergens in dust.

New paints can give off VOCs and solvent fumes for around 5 years! Instead, use natural paint, water or clay based paints.

Even the moist soil of pot plants can be breeding ground for moulds. If you notice a white mould on the surface, repot in a clean pot using fresh potting mix, and allow the soil to dry out between watering.

Cordless phones use microwave radiation to transmit audio signals between the base and the handset, which can pose health risks. This radiation, at higher levels than a mobile phone mast, is emitted constantly and it can pass through brick walls. Similar radiation levels have been linked to chronic fatigue and sleep problems.

Switch to a corded phone or if you cant do without cordless, buy a low radiation DECT phone that doesn’t emit radiation when the phone is not being used.

If you cant do without a cordless phone, keep it as far as possible from places where you spend a lot of time, such as your bed and sofa.

Fungus growing on bathroom seals, walls, washing machines and in damp cupboards is not simply unsightly. In those with weakened immunity, breathing in mould spores can cause respiratory infections, such as bronchitis and sinusitis, it can also take hold in the lungs, causing scarring or even death. Common reactions are coughing,sneezing, asthma, congestion, headaches and allergic reactions.

To avoid using chemical mould remover, dry out the area, then, prevent the spread of mould spores, dampen then scrub with detergent. Put equal parts of vinegar and water in a pump spray bottle and spray the area, leave for 5 minutes then wipe clean. 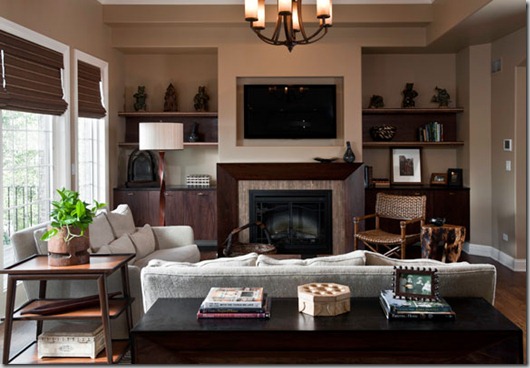 Many cleaning products contain a potent mix of chemicals, such as chlorine bleach. petrochemicals that irritate eyes, airways and skin, plus suspected carcinogen formaldehyde. Cleaning sprays have been linked to the onset of asthma in adults.

Clean with plant based cleaning products rather than synthetic. Try using vinegar, bicarbonate o0f soda, olive oil and lemon juice to make your own cleaners.