Its just like normal custard trifle but I give it  little twist with addition of ready made pudding mix and to tell you the truth it tastes much more better than custard trifle. I used ready made plain cake in it. You can also bake at home if you want your dessert more tasty. Add sugar according to your taste as the sugar is also added in instant pudding mix. Here is the best pudding trifle recipe ever. 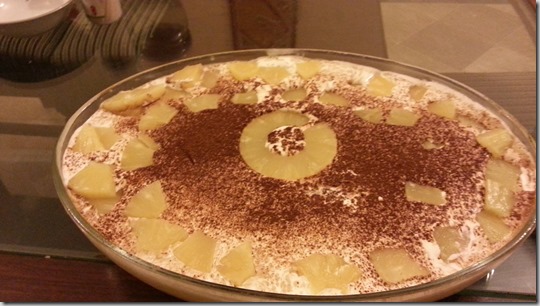