Self Medication: Facts and Effects

It is a known fact that in Pakistan one can go to almost any pharmacy and ask for any medicine and they will sell it without a doctor’s prescription. 34 pharmacies I visited did not have any record of patients who buy Valium, Lexotanil, Cortisone, Oestrogen, Testastrone, Novalgine, Chloroquine, Ativan, Serenace halcion etc. not a single pharmacy visited, nor most others, keep records of prescriptions. Many people also abuse prescriptions: 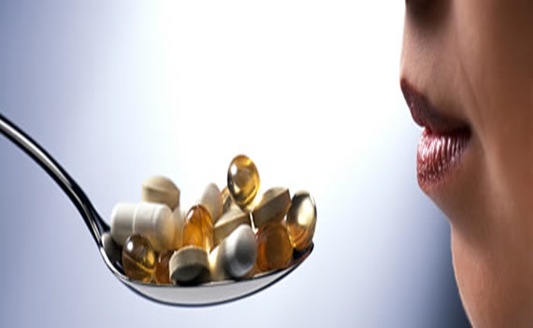 Commonly used drugs for self medication include: pain killers, sedatives, sleeping pills, anti depressants, anti- inflammations, antibiotics, skin bleach creams, eye drops, diet tablets, sex stimulants, hormone tablets and heartburn tablets. Very few people including many doctors and nurses are aware of drug interactions. For example: Clozapine is an antipsychotic drug. It is from the benzodiazepine family of tranquilizers. If Clozapine is used with Lithium or Valium, or even Heparin, Digoxin or alcohol, it can trigger Neuroleptic Malignant Syndrome which is characterized by high fever, convulsions, irregular heart beat, B.P, fainting, coma and even death.

Ciprofloxacin, a common new antibiotic should not be taken with milk or other dairy products for at least two hours. The same is true of other tetracycline but no nurse, doctor or pharmacist tell patients this simple fact due to sheer carelessness.

Vitamin maniacs are also getting more and more common. There are many types and combinations of vitamins, with and without minerals as well as other trace elements so it is best to be sensible and not jump from one to another. There is also a craze to get vitamin B Complex and calcium injections. It is important to measure the level of vitamin B and calcium existing in blood. AIDS and Hepatitis is fairly common and few really need vitamin injections form, so why run the risk of unnecessary injections?

Many people do not have a proper record of the medications that they are allergic to, and most only vaguely point it out to doctors.

Before taking the next tablet, syrup, injection or medication in any form, making note of the following factors might come in handy:

There are 750,000 known drugs and chemicals registered with the Micromedex Poison Control computer files in the US, but how many people have access to a poison control center?