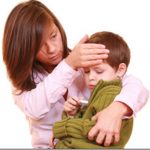 By: Jawad ur Rehman I would like to share this interesting discovery from a classmate’s son who has just recovered from dengue fever. Apparently, his son was in the critical stage at the ICU when his blood platelet count drops to 15 after 15 liters of blood transfusion. His father was so worried that [...]

Dengue fever is found in the tropics and Africa, is caused by four closely related viruses. It is also known as break bone fever because of the severe pain in joints and muscles. The geographical spread is similar to malaria, but unlike malaria, dengue is often found in urban areas of tropical nations, including Puerto [...]