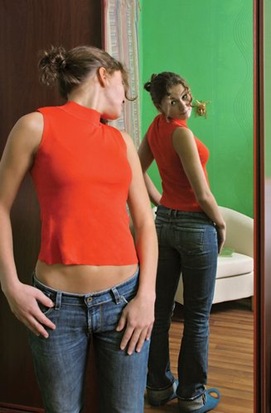 Dieting is always said to bring negative effects on health especially on teens, who go on weight loss programs, but end up either gaining weight or having eating disorders. Researchers also found that these teens seem to get trapped in a pattern of unhealthy eating and extreme weight loss tactics. The 2500 teens in study, who were trying to reduce weight, were three times more likely than their peers to be over weight five years later.

The main thing I have to emphasize to you is that not eating is the absolute worst thing to do to lose weight.
It ends up having the opposite effect because your body will sense starvation and will start to keep all the fat that you currently possess in order to make it through the hard times that have hit you.
Eat often, eat small portions, give yourself “treats” on occasion so that you aren’t denying yourself the little cravings that lead to binge eating, educate yourself about what foods are unhealthy (just because they’re veggies, doesn’t mean that they weren’t cooked in a half cup of oil), don’t eat right before bed, and exercise at an intensity that increases your heart rate (of makes you feel out of breath).
Also, increasing the amount of protein can have positive effects (eggs, meat, protein powder, milk etc).
Just stay away from any supplements that claim to make you lose weight. They don’t work–and if they did, they would be flying off the shelf, and one company would be very rich, while every competitor copied exactly what they made.
Losing weight is a major commitment and it requires major sacrifices…be prepared to be very unhappy on the road to weight loss. But once you’re there, you will never go back!
On a final note…never weigh yourself! Muscle is more dense (heavy) than fat, and “weight” can be very deceiving. Just go by how you look, and use your mirror as your gauge for your ideal size.