Teething Problems And Their Solutions 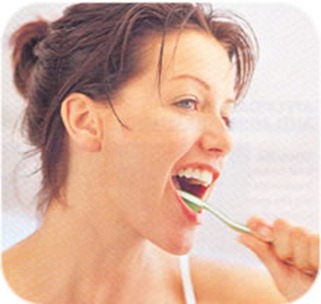 Bleeding from gums is the first and only sign of gum diseases and if the process of gum diseases called Gingivitis is under way, no amount of brushing is going to cure it, you will have to visit your dentist. As for why did it develop in first place with all that brushing well, research shows that 98% of people even dentist don’t brush properly, so ask your dentist to teach you the proper brushing techniques.

Feeling Hot Or Cold On Some Teeth

There are 2 basic reasons for sensitivity, feeling hot or cold in our teeth. Firstly due to decay which has penetrated so deep that it is exposing the deeper tooth structures which are more sensitive then the outer enamel and secondly due to advanced gum disease known as periodontitis which causes gum recession exposing the roots thus causing sensitivity.

Use Of Tooth Picks

The use of tooth pick harm your teeth. Primarily because it is a hard and sharp object being poked in the mouth and is bound to cause some damage if not a lot, and as for taking stuck food particles out we have the floss so why take the chance, always use a floss.

Sharing tooth brush could be dangerous. Human saliva is now known to be transmitter of various diseases, remnants of which are present on the tooth brush. All human beings have a separate flora of bacteria in their mouth and body which can be transferred via brush from one individual to another and thus can be harmful. Plus microscopic dead skin fragments are also present on a tooth brush so sharing a tooth brush is very unhygienic.

Night grinding is a very common disorder. Research has proven that more than  60% of the population of the world is suffering from it and most of them are not even aware that they grind their teeth during sleep. It has various causes so the treatment varies with the cause. Most common causes include stress and an abnormal occlusion. Most commonly it is treated by use of a night guard, which prevents the teeth from coming into a direct contact with one another. Treatment is very important for which you have to visit your dentist.